ALEXANDER TECHNIQUE: This is a taught technique rather than a therapy. It is based on the theory that the way a person uses their body affects their general health. It encourages people to optimise their health by teaching them to stand first introduced the Alexander technique in the late 19th century. He was a young actor troubled by vocal problems and noticed that when he stiffened his neck and pulled it back and downwards during recitals he depressed his larynx. In his research he talks about the head neck and back relationship being the primary controls and this he said was the main reflex of the body. If this relationship was interfered with by tension for example it could offset all the other reflexes within the body. Hisapproach was an holistic one and he suggested that everyday fears were a big part of inner tension.” 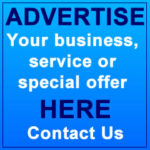